Home New Tech Finance What’s Wrong With Your Venmo Account, and How to Fix It

Few social-media experiences have made me cringe more than viewing my “friend” list on the peer-to-peer payment app Venmo for the first time. Seeing the names of people I’d been on dates with years ago was jarring. Seeing someone I’d blocked on Facebook was unsettling. Seeing names I didn’t recognize and couldn’t find in my contacts was baffling. But one name horrified me above all others: my former therapist.

I went to her profile, clicked on her friend list and saw another name I recognized, the friend who initially referred me. It hit me that I was scrolling through a list that included a psychologist’s patients.

Venmo does well what it’s supposed to do: let friends exchange money quickly and easily. By default, it posts those transactions in a social-media-style feed—seeing who shared meals and drinks with whom, and which emojis they favor, can make an otherwise boring process mildly entertaining.

Theoretically, Venmo lets users control who sees those posted items. But Venmo has a spotty record on privacy and transparency: In February, the FTC announced a settlement with Venmo’s parent company, PayPal Holdings Inc., after finding Venmo “misled consumers about the extent to which they could control the privacy of their transactions.” PayPal didn’t pay a fine but agreed to make privacy-policy updates and to make sharing controls clearer.

Still, Venmo has so far been unwilling to make privacy adjustments to some of the features many users have issues with. Between the uproar this past summer over the app’s public-by-default settings, the enduring inability to make your “friend” list private, and my feeling like a potential victim of a HIPAA violation, I started wondering if I—or anyone else—should really be using the app. Figuring that out took far more digging than users should reasonably have to deal with.

Here’s what I learned, and what you can do to protect yourself on Venmo:

1. Venmo Transactions Are Public by Default

Because Venmo’s default privacy setting is Public—allowing all transactions to be seen by Venmo users—you should go in and change it to Friends or, better yet, Private.

Because Venmo’s default privacy setting is Public—allowing all transactions to be seen by Venmo users—you should go in and change it to Friends or, better yet, Private. PHOTO: VENMO
Venmo’s social feed is populated by transactions between users. All these posts are publicly visible by default. That means unless you change your settings, anyone (researchers included) can see whom you paid.

To change that, tap the three lines in the app’s top left corner, select settings and then hit Privacy. You can choose Friends or Private, which means a transaction will be visible only to you and the person you exchanged money with. To change who can see your old posts, go to Privacy > Past Transactions.

When users create a Venmo account, they’re asked to sync their contacts. You can go back or forward, but there’s no Skip or Not Now button.

I don’t normally sync contacts, but when I signed up for Venmo in 2015, I enabled syncing. To check your syncing status—and switch it off—go to Settings > Friends & Social.

Venmo friend lists are visible to other users and can’t be made private. Don’t feel bad if you didn’t know this: The company didn’t mention it in its privacy policy until September.

Venmo’s definition of “friends” is very loose, as evidenced if you sync your contacts. Unlike Facebook or LinkedIn, which search your phone book and give you the option to add connections, Venmo automatically adds to your friend list any saved contacts who also sync their phone books with the app.

If you have contact syncing turned on, the app checks your phone book regularly—every 28 days for iOS, every week for Android. Venmo adds any new contacts, but won’t remove phone contacts you’ve deleted. That’s why some “friends” might look like strangers.

You can’t hide your friend list, regardless of your privacy settings. This means that you’re publishing your phone book. It won’t show everyone, but it will include anyone in your phone who also synced contacts on Venmo. That might include your boss or, well, your therapist.

Why can’t we make this private? “Because Venmo was designed for sharing experiences with your friends in today’s social world, we try to make it as easy as possible to connect with other Venmo users,” a spokeswoman said.

It’s important to review your friend list if you’re sharing transactions with friends, since that list may be longer than you realize. If you never synced contacts, the list could be virtually empty.

The first creates a link between your two accounts. I suggest disabling this. Facebook recently had a security breach, and like many apps, when you agree to connect, you’re sharing information in both directions that may not be apparent. No, thanks.

Given that Venmo is a payment app, it makes sense that the company would need to access some financial information to facilitate payments and confirm you have the funds to cover your transactions. Venmo’s spokeswoman told me the company doesn’t actually access users’ transaction information.

It’s a small relief. The company has privacy issues and has framed the social aspect of the app as core to its existence. Meanwhile, that FTC complaint alleged that Venmo “misrepresented the extent to which consumers’ financial accounts were protected by ‘bank-grade security systems.’” (The company said it made “appropriate changes” in response.) And lately, Venmo has been grappling with a spike in fraud.

If you’re really concerned, you could unsync your bank account. The app won’t be as functional, and you’ll have to use incoming funds to pay for things. But if Venmo is just a pizza-and-beer slush fund for you, that might be all you need.

Venmo’s hold on its users is pretty strong. So strong that I don’t feel like I can stop using it yet, because no one has ever asked me to “Square” or “Zelle” them. But I’ll be happy to jump ship if and when a more privacy-minded app comes along. 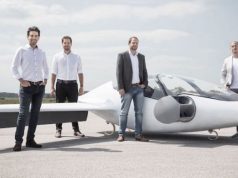 Can’t Decide What Kind of Flying Car to Get? Try These 10!