Home Business A few extra pounds can hurt your job chances — more so...

The suddenly reluctant zipper can bring more than a sting of self-consciousness. A new study from the journal Plos One out this month found slight weight gain can hurt a job seeker’s employment chances — especially a woman’s.

The authors, a team of Scottish and Canadian researchers, already knew that overweight applicants face discrimination on the job hunt. They wondered if going up just one size could trigger similar prejudice.

In 2013, they told a group of 60 men and 60 women to imagine themselves as company recruiters looking at photos of prospective hires. The snapshots showed four men and four women, all white and expressionless, at various, digitally enhanced weights. Each face reflected what doctors consider healthy body weights. (For example, a 5-foot-7 woman who weighs between 121 and 158 pounds would not be medically considered obese.)

The authors said they wanted to test for response to size, so they stuck with one race:

The researchers told the group that the candidates had identical resumes. Then came the questionnaire: Based on your gut reactions, how likely would you be to hire each, on a scale of 1 (extremely unlikely) to 7 (extremely likely) for customer-facing roles or no-contact gigs?

A human resources manager might warn that deciding on the basis of a photo could invite a lawsuit. But the respondents made snap judgments. To faux recruiters of both genders, thinner faces registered as more hirable than the heavier ones, though the effect was stronger for roles that involved interaction with customers. The “original” versions pulled an average score of 4.84, while the modified, heavier mugs got 4.61.

The disadvantage, however, was stronger for larger women than for larger men. Respondents rated them 0.66 lower on average, compared with the 0.26 they docked the men.

“These results affirm that even a marginal increase in weight appears to have a negative impact on the hirability ratings of female job applicants,” the authors wrote. “For women, it seems, even seemingly minute changes to the shape, size and weight of the body are important.”

Coauthor Dennis Nickson, a business professor at University of Strathclyde in Glasgow, said women tend to be judged more harshly for their appearances because of unfair societal expectations. Thin women who wear modest makeup appear more competent in the workplace and even take home higher earnings than their similarly skilled colleagues who weigh more or spurn cosmetics, studies have shown. (Other work has found that men, regardless of beauty, simply look more inherently skilled, and indeed the respondents in this study rated male faces, on average, a full point more employable than female ones.)

Not that a man’s appearance doesn’t matter — his aura of employability just isn’t as strongly tied to his physique.

People, in general, still struggle to comprehend that one’s body says nothing about one’s ability to do (most) jobs, Nickson said. Rejecting a candidate because of body weight could mean letting a talented worker slip away.

“Including weight in things like diversity training,” he said, “could be an important first step in educating managers about the need to recognize and act on potential bias toward job applicants who are not ‘normal’ weight.” 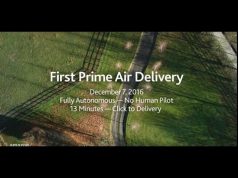